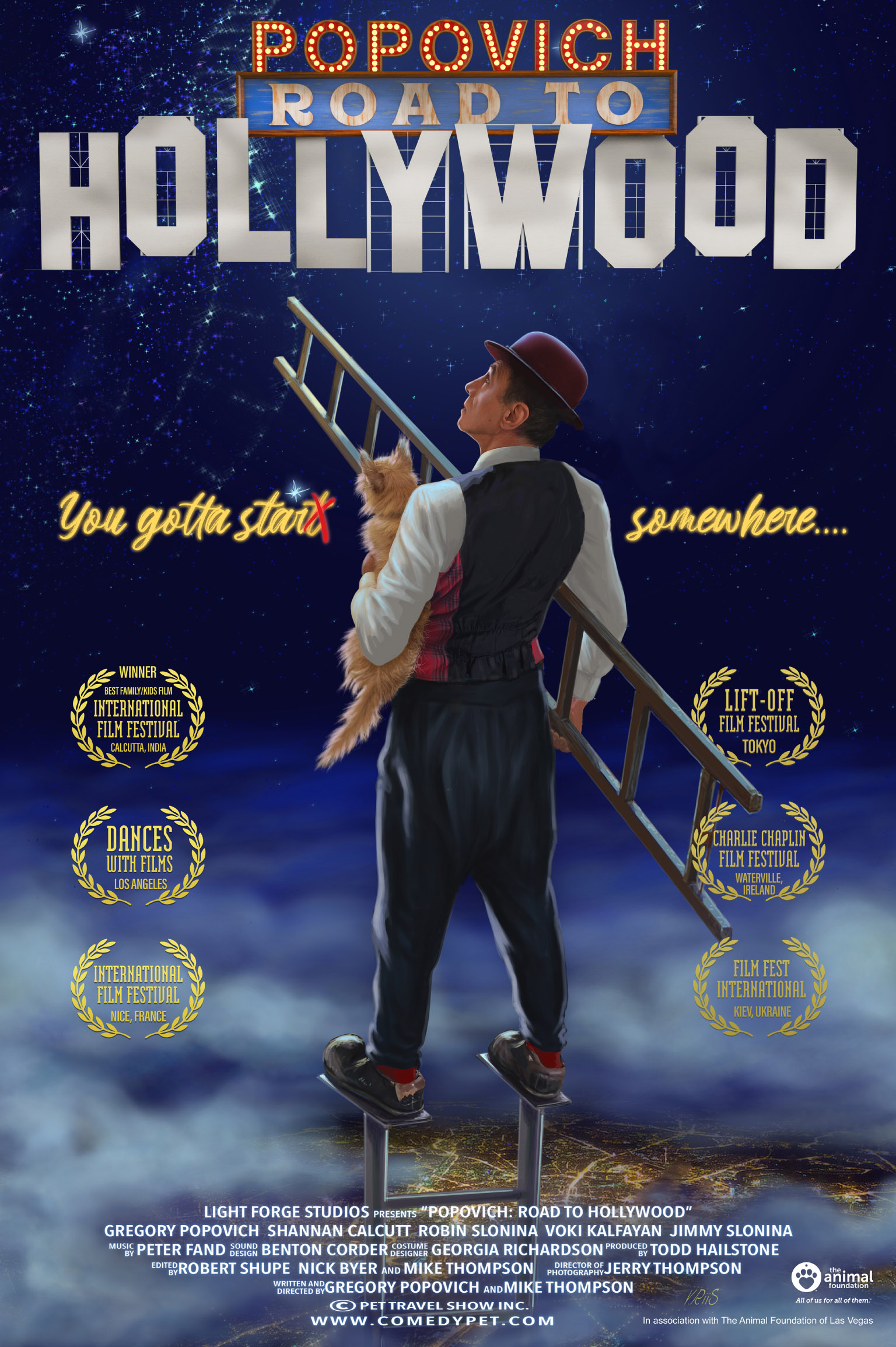 Before the screening there will be a small show with the participation of Gregory and his four-legged partners.

At the end of the screening, a meeting will take place with a creative group, actors and creators of the movie.

The comedy begins after Popovich is kicked out of the circus and gets stuck in a little desert town on his way to Hollywood. He works a series of dead-end jobs in hopes of getting free, but winds up even deeper in a cycle of comic mischief and revenge.

The film is a fun filled, fast paced comedy extravaganza, and a modern take on slapstick comedy. This film features amazing circus stunts, intricate set piece gags, and a colorful cast of wacky characters and cute animals. Not many actors have the ability to capture the true essence of classic physical comedy in modern times like Gregory  Popovich, who has headlined his own show, the Popovich Comedy Pet Theater at Planet Hollywood Resort and Casino at the heart of the Las Vegas Strip for over a decade.

Most recently the film won “Best Family Feature” at the Calcutta Film Festival, and an “Official Selection” at film festivals in Tokyo, Nice, and Kiev.

Every animal performer in the film is one of Mr. Popovich personal pets. All of them have been adopted and rescued from shelters and have been lovingly trained using only positive reinforcement.

Mr. Popovich is the only entertainer from the  Soviet Union to have performed for so many of the major players of American late night TV, including the likes of Johnny Carson, Jay Leno, David Letterman and Craig Ferguson. He also made it to the finals of NBC-TV’s  "America's Got Talent". Combined, over 100 million viewers have seen Mr. Popovich perform.

The Popovich Comedy Pet Theater is entertainment for the whole family, featuring the unique blend of comedy and juggling skills of former Moscow Circus veteran Gregory Popovich and the extraordinary talents of his performing pets. His entourage consists of world-class jugglers, Diamond the Shetland Pony and over 30 performing pets including house cats and dogs (all rescued from animal shelters!), geese, white doves and parrots.

The Popovich Comedy Pet Theater has a rich performance history, presenting thousands of shows in more than 20 countries and is currently in its 12th season at the Planet Hollywood Resort/Casino in Las Vegas. 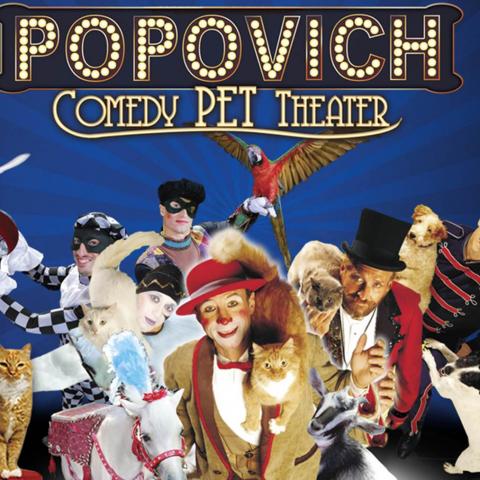